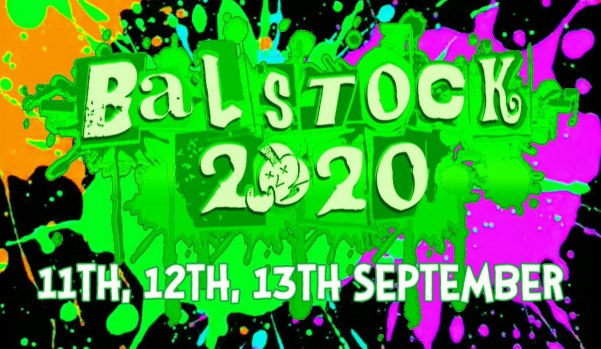 BANDS, MUSICIANS & TALENTED TYPES This is it: https://balstock.co.uk/info/playing-at-balstock-music-festival/   The Balstock 2020 band applications are open!!! Don’t dilly dally, get right on it, what else you got going on??? If you know a musician or band you think should be at Balstock send them the link. But, bands, make sure you’re all free that […] 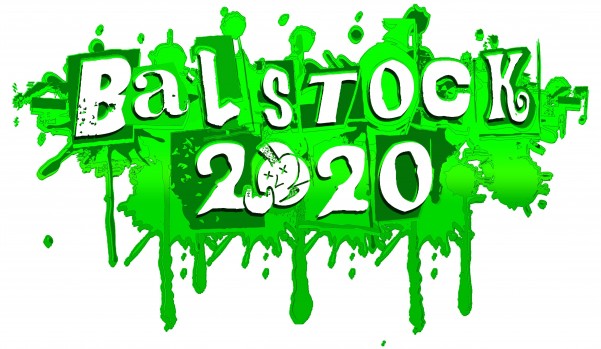 OK Balstockers during these bad times we all need a little tickle to bring us all into a good mood. So after a few months of chilling out after Balstock 2019 Nick Dean and myself finally got round to editing all the footage Nick shot on his big huge camera. Please don’t be disappointed if your band […]

Hi there Balstockers we have been getting a lot of messages and posts about when applications will be open for Balstock 2020. The exact date has not been fully decided yet but it will be March/April time as there are a few things to be put in place first. All Bands and acts will have […] 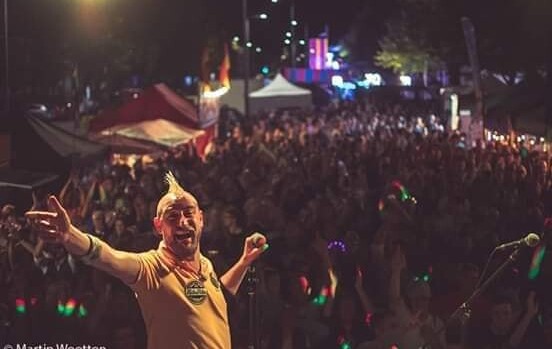 Just a quick post to say thank you all of you who attended or played this year it was a resounding success.   Await G’s statement which will be very soon 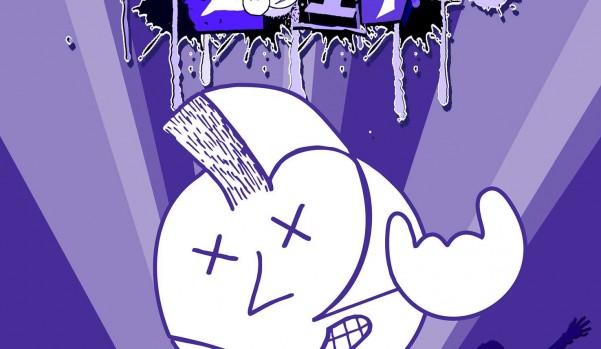 HIYAA , THE BALSTOCK 2017 TIMETABLES ARE NOW FULLY TESTED AND WORKING. IF ANYONE FINDS ANY ISSUES PLEASE CONTACT MICHAEL REES ON FACEBOOK OR REPLY IN THIS POST ON FACEBOOK. THESE TIMETABLES WILL CHANGE AS THEY ALWAYS DO OVER THE WEEKEND AND WILL BE UPDATED IF AND WHEN WE GET THE INFORMATION. PLEASE […]

Massive apologies for lateness of the opening of the page today was down to fat fingers and some technical difficulties with database (Not connected to the NHS debacle) Please input all info, Tech spec form optional at the mo and make sure the capchata is done correctly (CASE SENSITIVE) we are getting applications through, very […]

Headlining and closing Balstock 2016 are The Ziphead we are so lucky that these guys agreed to play this year. They need no blurb or bio just watch this

The Kut last year played Balstock in the Rose and Crown which in hindsight was a massive mistake. They should have been in a bigger venue as it was fit to bursting So this year we have them back headlining The Engine stage which should also be bursting at the seams a band not to […] 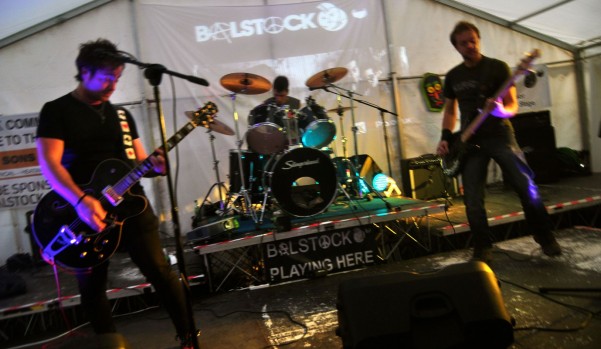 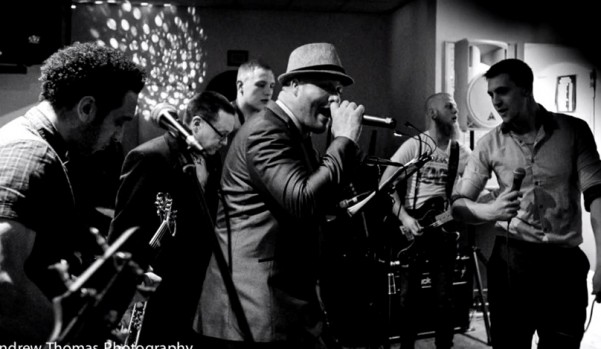 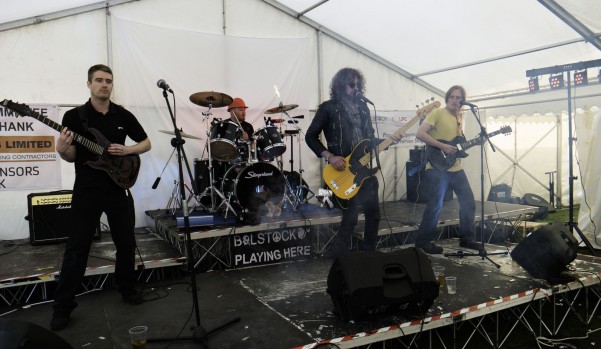 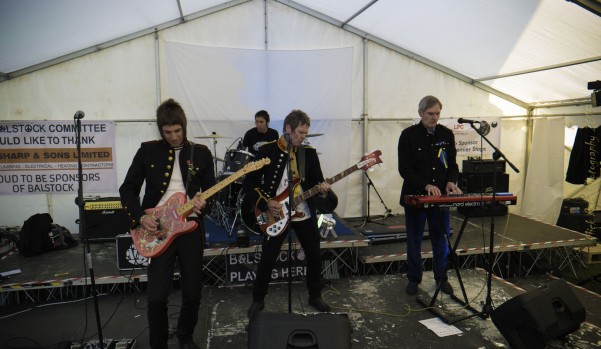 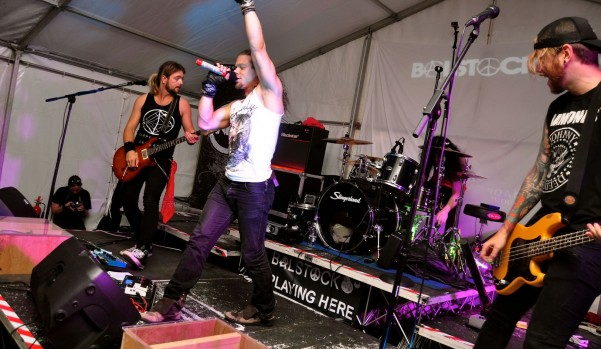 New Device at The Engine Balstock 2015 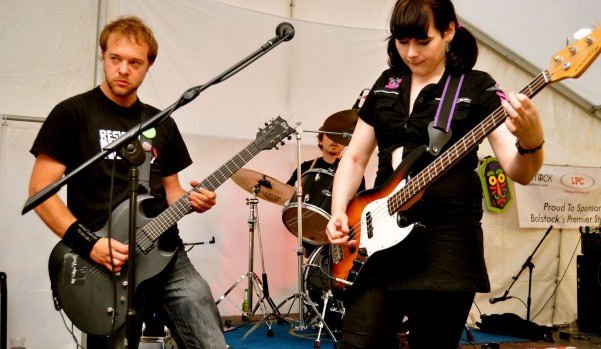 The Toxins @ The Engine Balstock 2015 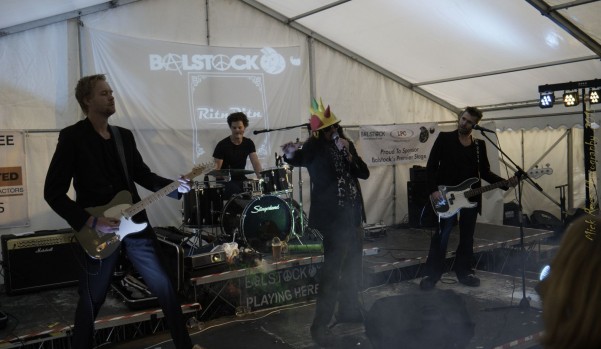 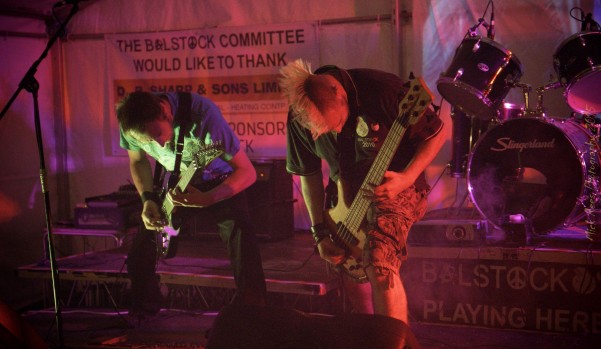 Well that’s the end of Balstock 2015 we really hope everyone enjoyed themselves. Big thank you to all the reps, sound techs, runners, shakers and movers.  Security, first aiders and the people of Baldock for putting up with the loud music and gleeful people on your streets. Don’t forget 2nd weekend in September 2016 put […] 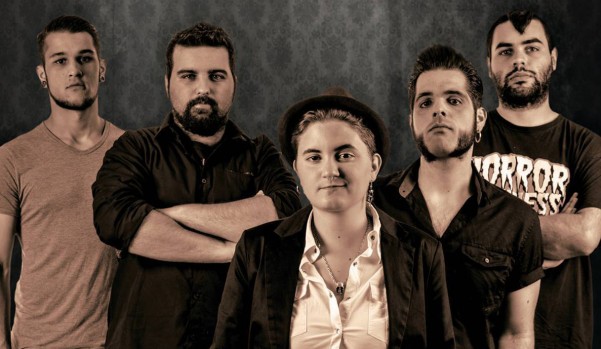 09 Sep 2015
And the prize for the longest distance to travel to play goes to Horror Business !!!

Horror Business  Horror Business, a Spanish band from the south, started performing 3 years ago. Now for the first time in the UK, presenting “About Murders and Monsters”, their first LP. Get ready for the creepiest horror punk/rock! Playing 6.00 – 6.40 THE ENGINE on Saturday Ritn Ditn your gonna have to move !!!! 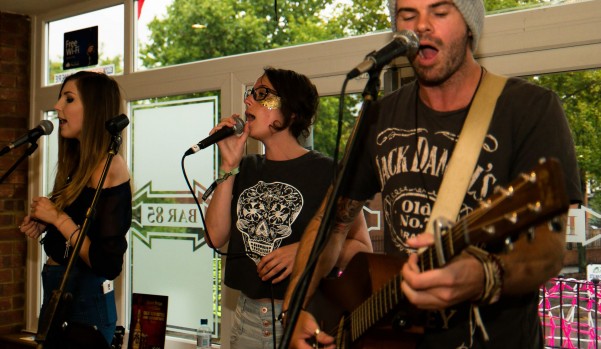 It’s not all punk and rock this year we have a plethora of excellent acoustic acts gracing us with their presence here are just a few:- Roxy Searle Roxy has been now playing solo and in groups for a long time now. Playing all over the country as a solo act and with her band […] 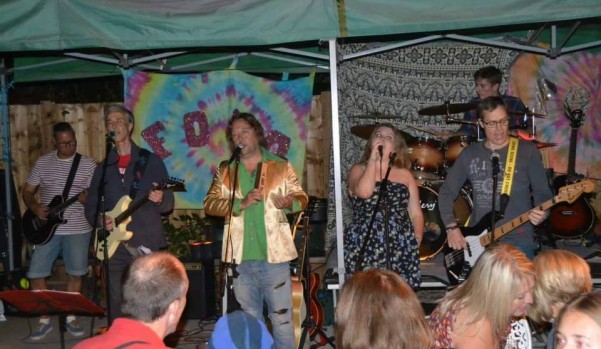 For One Night Only – Not strictly true but there you go. A loose conglomeration aged 15-60, unique lethal mix of experience and teenage energy. Pop and rock covers from Bruno to Foos, 60s to now. Something for everybody. And presumably, everything for somebody. Sunday 3.00 pm at the Engine.           […] 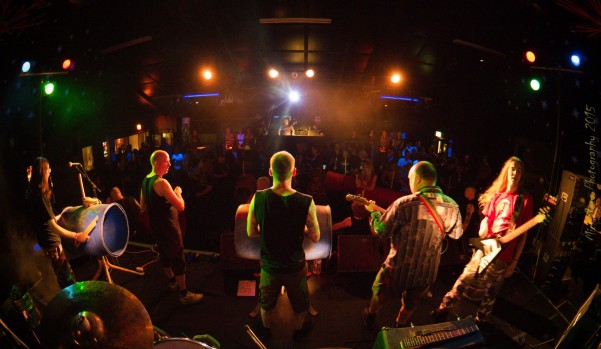 Right then how can I explain Jesus Hooligan. Think barrels and then more barrels add a Didgeridoo yep a Didgeridoo ! Swirling guitars, thrashing chains, gas bottles, gas masks, tribal rhythmic drums, screaming animalistic chants oh and did I mention barrels there is lots of them for yourselves the audience to participate in banging and thrashing […] 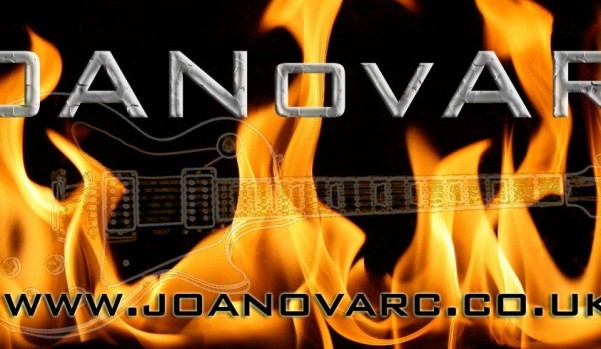 08 Sep 2015
JOANovARC and Special Guest to Steam The Engine

JOANovARC and Special Guest to Steam The Engine For all you rockers, rollers and fans of gorgeous girls dressed in leather and tartan rar rar skirts…Joan Ov Arc are going to be headlining the Engine Stage on Sunday the 13th September. These girls have been rockin’ on since the start of Balstock supporting local music […]

The Balstock CDs are fookin BOSS this year (that’s slang for awesome, outstanding, better than the best of Depeche Mode!!!). Save a tenner for next weekend and treat yourself to over 40 tracks of life affirming, locally sourced grandeur!!! Massive thanx go to Richard Emms for designing up the covers and guiding me towards a […] 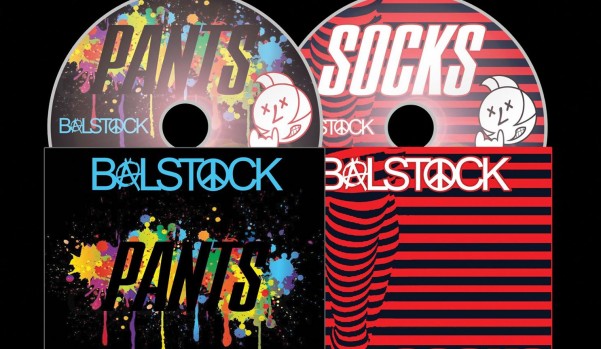 The Balstock CDs are fookin BOSS this year (that’s slang for awesome, outstanding, better than the best of Depeche Mode!!!). Save a tenner for next weekend and treat yourself to over 40 tracks of life affirming, locally sourced grandeur!!! Massive thanx go to Richard Emms for designing up the covers and guiding me towards a […] 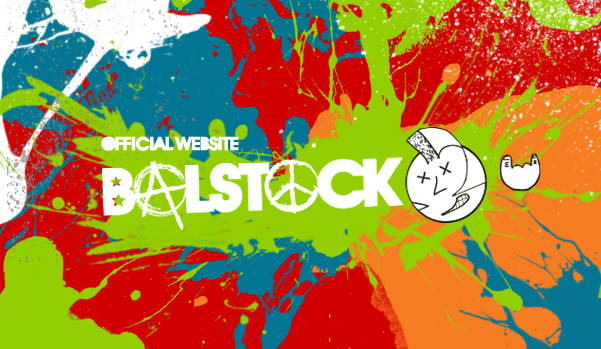 MERCHANDIZZZZE: Please do put some dosh aside for Balstock merchandise this year. The Socks & Pants CDs are orgasmic, the umbrellas are water-proof and the T-shirts have my face on them (sponsored by DB Sharps & Herts Timber). Kids T-shirts are new this year (ages 4 – 8) sponsored by Weston Way Nursery School. SPECIAL […]

NOT SO EARLY MORNING BAND ANNOUNCMENT: I would like you all to stand and salute (that’s gonna look weird if you’re already at work) to Janchi Mugica for pain-stakingly designin up Balstock’s new website and trying to explain things to me that about megabytes and website codes that I’ll never quite grasp. All he asks […] 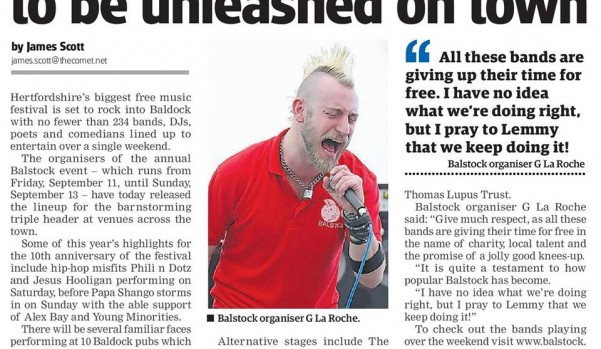 Balstock 2015 Line Up announced Balstock music festival is only a month away on the 11th, 12th and 13th of September. The line-up, with an astonishing 235 bands, acoustic performers, DJs, poets & stand-up comedians, has been announced this week (Thursday the 20th August). Find them at www.balstock.co.uk under ‘Line Up’ where you can peruse […] 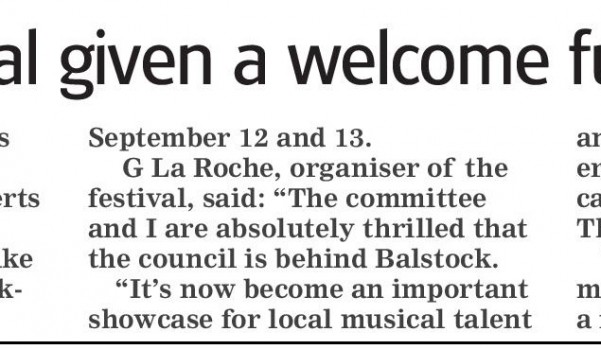 BIG ARSED BALSTOCK ANNOUNCEMENT: Balstock’s been kindly granted £1,000 from NHDC to aid the High Street Stage. We promise to spend allthis money on jam and shiny things. Also thanks to the Comet for this little blurb, although I will have to correct the fact Balstock is celebrating its 10th year anniversary this festival; first […]

read more
12 May 2015
Sounds of Baldock – A Resounding Success

Hey everybody, I am still riding a wave of adrenaline and emotion from the epic weekend that was Sounds of Baldock 2015. The most amazing news is; in true G La Roche style that we raised at total of £638.90, 5 euros and a trolley coin. So the first thank you is to the people […]

STUPENDOUS NEWS: Thanks to all the Baldock Beer Festival‘s hard work, the acts that performed their hearts out and the massive generosity of all that attended over the weekend, I’m stoked to announce we raised a staggering £765.16, 3 euros and 1 Indian rupee for Balstock Music Festival. That’s a hell of alot of beard […]

The Official Balstock website now has a page dedicated to fundraising and infomation on all of the great events that help to put on the Balstock extraviganza. Check out the Fundraisers page for all of the latest information.

That’s right! Balstock keeps on growing. And that’s all thanks to all the people who get involved and make it happen every year after year. Today, we want to thank you by giving you a kick-ass website so you know where to go and find everything you need to know about what we are up to. Have a […]