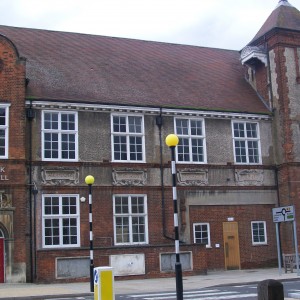 Formed in September 2011, Th1rt3en have been growing and gaining momentum ever since. Originally a 5 piece, the band developed into a 4 piece in 2015 and have never looked back.

Heralding from the Hertfordshire/Essex boarder, the band have very much established themsleves in the local area and are now spreading their wings and venturing further afield.

Their EP was released in 2012. During the transition to the current line up, the band recorded a 9 track album, re-recording some of the early material, alongside new songs, showing how much the music and song writing had progressed and the direction in which the band are moving with their own sound. Their songs are very melodic, mixing a blend of heavy verses and clean choruses with guitar riffs, twin guitaring and multiple solos. Ranging from heavy aggressive metal to rocky ballads.

The band made it through to the final of Metal 2 The Masses Hitchin 2017. The competition helped the band to develop their live performances which are energetic and entertaining. They perform with tremednous passion and enjoyment which is fantastic to witness. After falling at the last hurdle in 2017, the band set winning M2TM Hitchin 2018 as their goal. On 1st June 2018, this is exactly what they achieved.

Humbled to be Bloodstock bound, this band are looking to the future and enjoying every second of it