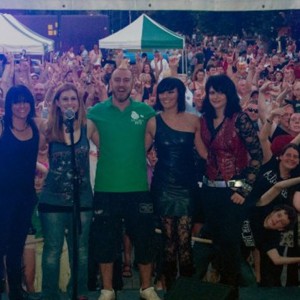 NOVA Biography:
Bringing their own refreshing brand of heavy rock, Stevenage based NOVA delivers exhilarating guitar work, captivating vocals, thundering bass lines and some down and dirty drumming. With its brand of heavy rock, and with influences of MUSE, Rage Against The Machine, Audioslave, Foo Fighters, Royal Blood and Black Sabbath, NOVA has built a great local fan base.
NOVA have been playing for just over 4 years and in that time have recorded an EP and played gigs at Rock the Castle 2017, Balstock (2015, 2016, 2017), Baldock Beer festival (2017, 2018), The Rock Den, Borofest, Club 85, The Green Room, Barrio Fiesta, Horn of Plenty and many other local venues.
The band’s song “My Bitter Blood” was the official song for the Balstock video and featured on the Balstock CD ‘Giggles’.
The band is currently writing and recording new material, and a new track – In-De-Nial- will be released in the next few weeks. We will be performing in the local area in 2019.