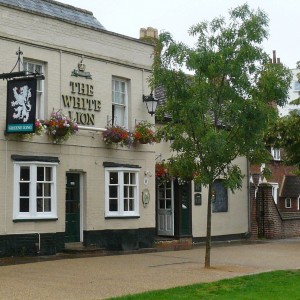 Brian Jay
With over 30 year’ experience Brian grew up listening to all types of music, but it was Soul that really captured his spirit
from a very early age. If you don’t know him yet you already have something in common and that is his love of all things
Soulful. Brian began his Djing journey playing at house parties before graduating to various bars and clubs across London
and the South East including a 2-year residency at Bar So in Bournemouth in the early 2000’s. Brian has been a regular
playing at various events across including Ibiza, Greece and Salou in Spain and has been a radio jock for over 15 years. As
well as holding his regular Essence Of Soul nights, Brian’s passion for Neo Soul, RnB, Soulful house, funk and all things
Soulful can be heard in his weekly show on Friday nights on Starpoint radio.

DJ Jon Jules is a veteran when it comes to the turntables, starting his career in 1982. He held resident at the

London Hippodrome for over ten years and was one of the original “Superclubs” Club UK.

In the late 80s, Jon co-owned one of the Souths most influential record stores. He quickly became one of the

busiest DJs of the new genre, dance music which is now internationally known as House. Jon helped launch the

careers of DJs like Brandon Block, Dean Thatcher, Rocky & Diesel and many more.

As for today, Jonʼs usual style is Jazz-Funk, Soul, Disco and Jacking House. His mixing skills are faultless, which

has seen Jon become widely regarded and known as one of the most accomplished technical DJs in the UK.

Coming runner-up in a public poll for Best Soul Club DJ by the “Soul Survivors” magazine.

Jon can still be found playing at events such as Margate Soul Festival, Luxury Soul Weekend in Blackpool, Soul

As a seasoned radio presenter, Jon has gone from original “pirate” broadcasting in the mid 80ʼs to the BBC, ILR

and other networks globally.

Oh yes! Jon was also once a pop star but don’t ask him about that.